She graduated with a Bachelor of Economics (Honours) from Universiti Malaya. She obtained a Master of Arts (Development Economics) from Williams College, United States of America.

She joined the Economic Planning Unit (“EPU”), Prime Minister’s Department in 1973 and served in the Agriculture, Distribution and Human Resource Sections in various capacities. Her last position in EPU was as Director, Trade and Industry Section before she was promoted to the post of Secretary-General of the Ministry of Women, Family and Community Development, which she held from 2001 until her retirement in 2009. 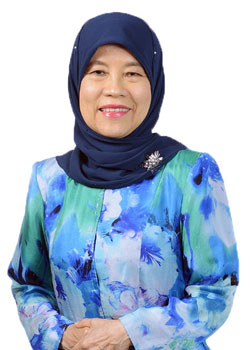 He started his career with Amway as the Director of Internal Audit, Director of Shared Service Centre and Director of APAC Strategy & Planning from 2008 to 2015. Prior to his employment with Amway, Mr Mike Duong worked with Boeing from 1997 to 2008. His last post with Boeing was as the Senior Manager of Global Financial Services.

He graduated with a Bachelor of Science – Mechanical Engineering from Boston University College of Engineering, Boston, MA.

He qualified as a Certified Public Accountant in 1984 whilst serving in Ernst & Whinney (now known as Ernst & Young), an international accounting firm. He has since accumulated more than 30 years of financial expertise, having held senior finance positions in companies listed on Bursa Malaysia Securities Berhad (“Bursa Securities”), including Mulpha International Trading Corporation Berhad, a group involved in trading, construction and engineering, where he last held the position of Group Chief Accountant, from 1985 to 1990 before leaving to join AMSB.

Presently, he is a Board member of Leong Hup International Berhad. 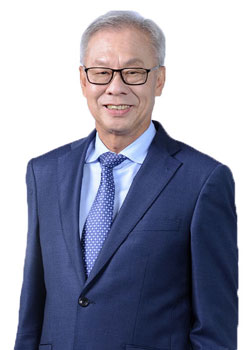 Scott Russell Balfour (Mr Scott Balfour), an American, was appointed Director of Amway (Malaysia) Holdings Berhad (“AMHB”) on 15 January 2004. He is the Chairman of the Remuneration Committees and a member of the Audit Committee and Nominating Committee.

He is a member of the American, Michigan and Grand Rapids Bar Associations. He has authored several articles regarding Korean and Asian jurisprudence and co-authored the book entitled “Korean Labor and Employment Laws”.

Mr. Scott Balfour joined Alticor Inc in 1998 and retired on 8 October 2021 from the position of Vice President and Deputy General Counsel, International Legal and Business Conduct and Rules – Asia and Greater China. He is currently serving as a consultant for Alticor providing ongoing support to the Asia region. During his tenure as the Vice President and Deputy General Counsel, Mr. Scott Balfour coordinated and oversaw Alticor’s diverse legal issues for all of Alticor’s Asian affiliates, including those in Australia, China, Korea, Hong Kong, Indonesia, Japan, Malaysia, New Zealand, the Philippines, Singapore, Taiwan, Thailand and Vietnam. He also led several legal and business conduct and rules teams in the markets that were responsible for ensuring compliance with diverse laws, including direct selling and fair trade laws as well as compliance with Amway’s Code of Conduct for the benefit of more than three million Amway Business Owners.

Prior to joining Alticor in 1998, he spent 8 years as a Senior Foreign Legal Consultant for the law firm of Kim & Chang in Seoul, South Korea. His clients included Amway, Citibank, Pepsico, Morgan Stanley, Nike, McDonald, Gerber, Unilever, P&G and Duracell to name a few. Dato’ Abdullah Thalith Bin Md Thani, a Malaysian, was appointed as a Director of Amway (Malaysia) Holdings Berhad on 15 May 2015. He is the Chairman of the Nominating Committee and also serves as a member of the Audit Committee.

He graduated with a Bachelor of Surveying (Property Management) from Universiti Teknologi Malaysia in 1978. He holds a Master of Science (Business Studies) from University of Salford in 1993.

Dato’ Abdullah started his career as a Valuation Officer in the Valuation and Property Services Department, Ministry of Finance in 1978. Along the line, he has been elevated to District Valuer, State Director, Director of National Institute of Valuation, Director of National Property Information Centre (NAPIC), Deputy Director General and subsequently to the Director General of the department in 2006. He retired from public service in 2012.

Currently, he is a Board member of AmFirst Real Estate Investment Trust. 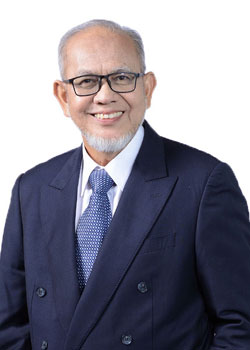 Abd Malik Bin A Rahman, a Malaysian, was appointed as a Director of Amway (Malaysia) Holdings Berhad on 1 January 2019. He is the Chairman of the Audit Committee and also serves as a member of the Nominating Committee and Remuneration Committee.

En. Abd Malik is currently a Board member of Mah Sing Group Berhad. 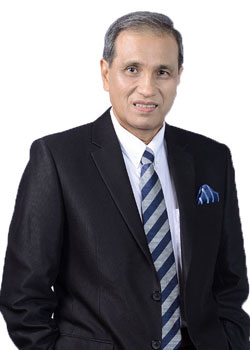 Datin Seri Azreen Binti Abu Noh, a Malaysian, was appointed as a Director of Amway (Malaysia) Holdings Berhad on 26 February 2019. She also serves as a member of the Audit Committee and Remuneration Committee.

She graduated with a Bachelor Degree of Law (LLB) from Universiti Kebangsaan Malaysia and was admitted as an Advocate and Solicitor of the High Court of Malaya in 1996.

Currently, Datin Seri Azreen is the Managing Partner of Messrs Firuz Jaffril, Aidil & Zarina specialising in litigation and arbitration, particularly in corporate, commercial and conveyancing. She is also the Managing Director of Deluxe Merchant Sdn Bhd where she accumulated vast entrepreneurial experience in the food and beverage business.

In addition, Datin Seri Azreen is also an advocate for empowering awareness for children with learning disabilities including dyslexia. In 2017, Datin Azreen was awarded the “Personaliti Industri dan Usahawan Malaysia” award by NiagaTimes for her immense contribution in the food and beverage sector. 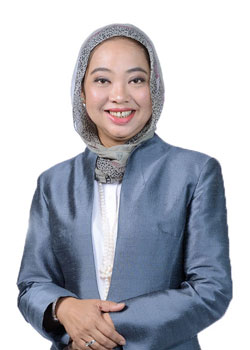 Pn. Aida joined Permodalan Nasional Berhad (PNB) in 1981 and began her career as an analyst in company analysis and corporate finance. She has over 30 years of experience in research, company and industry analysis as well as human capital management and talent development, including 22 years of experience in management. Her last position at PNB prior to her departure at the end of February 2021 was as Group Head for PNB's Human Capital Division.

Pn. Aida is currently a board member of Fraser & Neave Holdings Berhad. 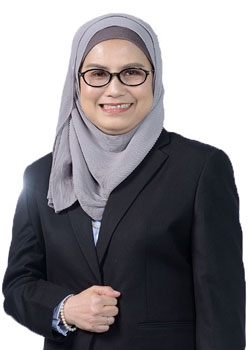